Oldest Medical Mission in the World

Today, the Order of Malta is active in 120 countries caring for people in need through its medical, social and humanitarian works. Day-to-day, its broad spectrum of social projects provides a constant support for forgotten or excluded members of society. It is especially involved in helping people living in the midst of armed conflicts and natural disasters by providing medical assistance, caring for refugees, and distributing medicines and basic equipment for survival. Across the world, the Order of Malta is dedicated to the preservation of human dignity and the care of all those in need, regardless of their race or religion.

The Order of Malta operates through 12 Priories, 47 national Associations, 133 diplomatic missions, 1 worldwide relief agency and 33 national volunteer corps, as well as numerous hospitals, medical centres and specialist foundations. It does not pursue any economic or political goal and does not depend on any other state or government.

The government of the Sovereign Order of Malta has a similar structure to state governments. However, it also includes specific features associated with its nature as a lay religious order, as well as particular terminology evolved from nine centuries of history.

The head of the Order of Malta is the Grand Master who governs both as sovereign and as religious superior, and is assisted by the Sovereign Council, which he chairs. In its unique nature as sovereign and humanitarian institution the Order of Malta, led by its government, continuously intervenes in new areas, responding to requests for humanitarian aid.

Through its diplomatic missions, the Sovereign Order’s government works towards the establishment of new cooperation agreements with other states in the healthcare and humanitarian field.

Its 13,500 members, 80,000 permanent volunteers and qualified staff of 25,000 professionals – most of whom are medical personnel and paramedics – form an efficient network that includes everything from emergency relief for refugees and the displaced living through war and conflict, to intervention in areas hit by natural disasters, hospital work, medical care and social services. 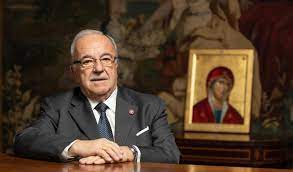